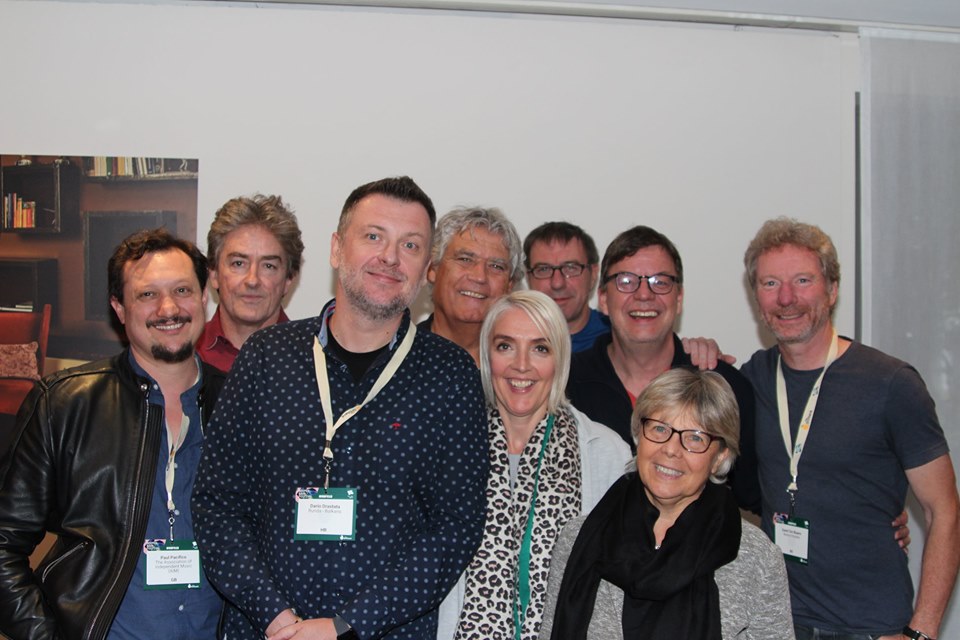 New IMPALA Board elected in Hamburg at Reeperbahn Festival

IMPALA held its annual general meeting at Reeperbahn festival in Hamburg this weekend. A new 32-strong board was elected for a term of two years. Six new board members were elected: E7LG – Eleven Seven Label Group (United Kingdom) and SCL/Lusitanian (Portugal), plus four national associations with HAIL (Hungary), INDIERO (Romania), RUNDA (covering all 7 ex-Yugoslavia territories as well as Albania) and VTMÖ (Austria).

Martin Mills of Beggars Group, Jérôme Roger of French association UPFI, Paul Pacifico from AIM in the UK and Dario Drastata of the Balkans’ association RUNDA were also voted onto IMPALA’s management board which looks after business in between board meetings. They join Michel Lambot of [PIAS] Music Group, Mark Kitcatt of Everlasting Records and Jörg Heidemann from the German association VUT, along with the chair, treasurer, president and executive chair.

Quotes
Francesca Trainini, chair: “I am delighted to be the new chair and would like to thank all IMPALA members for their trust. We will focus on reinforcing the independents in their role as pioneers and market leaders”.

Geert De Blaere, treasurer: “Access to finance and innovative financial tools are of utmost importance for independent record labels and my objective is to ensure that independents can finance their own future”.

Kees van Weijen, president: “My work will focus on central and eastern Europe, including the Baltics, Russia and other territories in the region. It will be a busy term for us”.

Helen Smith, executive chair: “The sale of shares in Universal Music will be a key issue for the incoming board, as well as maximising the digital market and getting the best deal for independents and our artists. This underpins all of our work”.

For more information on the structure of IMPALA, click here.

About IMPALA
IMPALA was established in April 2000 to represent independent music companies. 99% of Europe’s music companies are SMEs. Known as the “independents”, they are world leaders in terms of innovation and discovering new music and artists – they produce more than 80% of all new releases and account for 80% of the sector’s jobs (for more information, see the features of independents). IMPALA’s mission is to grow the independent music sector, return more value to artists, promote cultural diversity and entrepreneurship, improve political access and modernise perceptions of the music sector. IMPALA has its own award schemes which highlight the artistic contribution of independent music. IMPALA award winning artists include Viagra Boys who was voted winner of the last Album of the Year Award, Caribou, Agnes Obel, José González, Guadalupe Plata, The xx, Armin van Buuren, Adele, Mogwai, Metronomy, Orelsan and Andrea Bocelli.